An Open Letter From Scholars

GAPASCA’s first Scholarship and Achievement Awards program held on March 5, 2015. The event was a huge victory not only for its officers and benefactors but also for the citizens of Gapan City.  It was well attended by family members of the scholars, the awardees, principals, retired teachers, benefactors and guests. Twelve students awarded four-year college scholarship, and twenty-four students received a one-time monetary incentive award for their excellent academic performance.

The second GAPASCA Scholarship and Achievement Awards program was held on March 23, 2018, and awarded a four-year college scholarship to twenty well deserving students. A one-time monetary incentive awarded to twenty-four students for their excellent academic performance.

On March 30, 2019, nine GAPASCA scholars were recognized for completing their four-year college education. Most of them graduated with honors. Also, GAPASCA has awarded four-year college scholarships to a new batch of twelve students.

GAPASCA thanks its members, officers, donors and Adopt-A-Student benefactors in making our premier program a success. ​​​​ 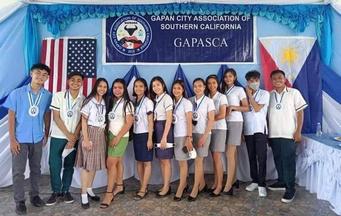 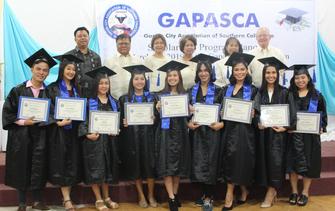